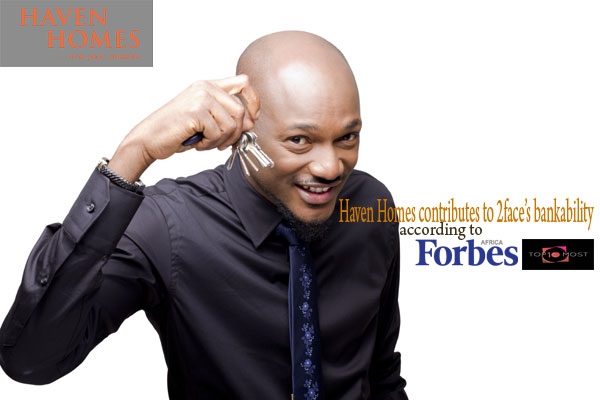 Haven Homes ambassador, 2face Idibia was listed at #6 and Haven Homes was mentioned by Forbes as one of the key companies 2face Idibia is currently associated with that has made the music legend more “bankable”.